Are you looking for a new addition to your kitchen? If you’ve been digging around the internet for a great kitchen appliance, you must have come across air fryers and convection ovens.

Air fryers have been gaining a lot of attention lately. Celebrities such as Oprah and Gordon Ramsay started the buzz around this trendy appliance. But if you’ve done your research, some insist that air fryers are redundant with convection ovens.

After all, these appliances use the same principle in cooking: convection. Both air fryers and convection ovens use very hot air to cook food. Thus, a lot of people classify air fryers as smaller, portable convection ovens—but depending on your lifestyle, one might be better than the other for you.

What’s the Difference Between an Air Fryer and a Convection Oven? 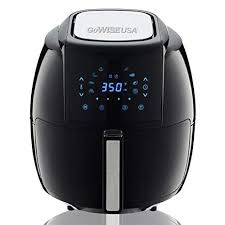 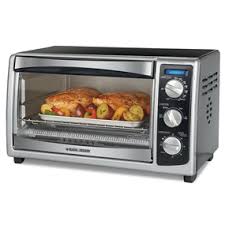 I’ve had a convection oven for quite some time now, but I recently bought an air fryer to see what the hype was all about. The air fryer model I got was the GoWISE USA 3.7-quart Programmable Air Fryer, while my convection oven is the Countertop Convection Toaster Oven from BLACK+DECKER.

Both currently retails at around $65 on Amazon, so I thought they would do well for comparisons.

Both convection ovens and air fryers use convection to heat and cook food. However, there’s a bit of a difference in how they work.

In most convection ovens, the food is placed on a tray inside the oven and a foil at the bottom of the machine generates heat. Fans move the heat around the food to cook it evenly.

However, most air fryers have heat foils at the top. The food is placed in a metal basket which is inserted into the air fryer. Fans blow the heat around the food in a very fast manner, which is called rapid air technology.

Because of rapid air technology, food is often cooked faster in an air fryer compared to cooking it in a convection oven. However, total cooking time may vary depending on what you are cooking. Some recipes would have you pre-cooking several ingredients before you air-fry them, so it may take up more time than just popping them straight into a convection oven.

Convection ovens often look like microwave ovens and are roughly the same size. Since a convection oven is not a countertop item, it may take some effort to reach it. However, its size allows it to accommodate large batches of food, so it’s great for families.

Meanwhile, air fryers are much more compact than convection ovens, so it’s highly portable. It’s very easy to store, too, if you really can’t have it out. It’s great for people who live in a small space or for offices. On the other hand, its size greatly limits how much food you can put in it.

Air fryers got their popularity boost because of its health benefits. Convection ovens use less oil, but air fryers can be used with no oil at all. Since air fryers cook food quickly, it helps to preserve a lot of the nutrients which are often lost during cooking.

For me, maintenance is a big deal. Keeping things in the kitchen clean ensures that my family is eating food that is safe. Since the air fryer is smaller, it is very to clean.

On the other hand, I use regular baking sheets and pans for my convection oven, and they are easy to clean and dishwasher-safe. However, the oven itself builds up a lot of stains over time, and these can be pretty hard to get out.

Of course, how long the appliance lasts depend on its usage, but both the air fryer and convection oven are expected to last several years.

The Benefits of an Air Fryer 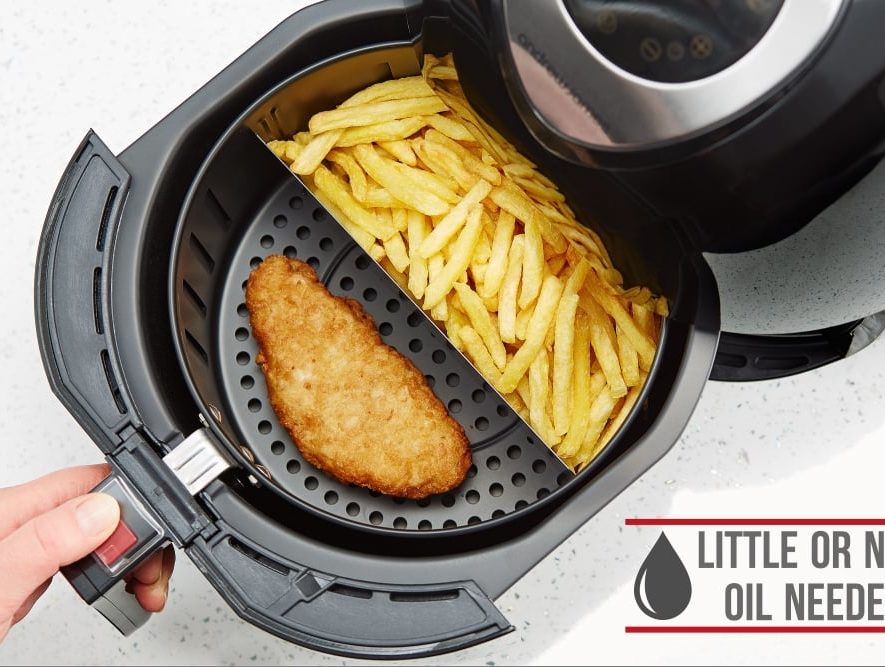 The air fryer is still a relatively new invention, but it’s become so popular that a lot of my friends went to buy one way before I did. When I did come around to buying one, I just went ahead and cooked up a storm with my air fryer. Here are some of the benefits of having this nifty machine in your kitchen.

If you’re trying to be more calorie-conscious, then the air fryer would be great for you. I myself hate the taste of too much oil in my food yet still love all things fried. With the air fryer, I don’t need oil to “fry” food, yet everything still comes out as crispy and tasty so it’s great!

It is also great for people who have heart conditions and need to watch the amount of oil in the food they eat. Who says healthy cannot be yummy, huh?

My air fryer has an LCD screen with several presets so I can easily choose one that’s appropriate for my recipe. Aside from presets, most air fryers also allow the user to set the time and temperature as well.

Simply layer the food inside the metal basket, put the basket into the fryer, and choose your settings. It’s pretty fool-proof such that anyone can use an air fryer and serve up a delicious meal.

Some air fryers come with accessories, but it mainly uses the basket with a divider or crisper. Since a lot of air fryers nowadays use non-stick plates, the air fryer becomes a very cleaning-friendly appliance.

Most air fryers are also dishwasher-safe, which greatly cuts the work down as well.

For one, this appliance uses less time cooking food, so you need to keep it plugged in for a shorter period. It’s also great if you’re trying to maintain your bills by regulating your home’s temperature—the air fryer emits less heat compared to using other cooking devices like ovens and stoves.

This aspect is where I think the air fryer shines the most. Not everyone cooks for a big family, and on days when I eat alone, the air fryer is a piece of great cooking equipment which perfectly suits my needs.

Cooking for one takes talent, and if you’re living alone, an air fryer is a great way of cooking single meals without too much fuss. With an air fryer, you don’t need to cook up a week’s worth of food in one go.

The Benefits of a Convection Oven 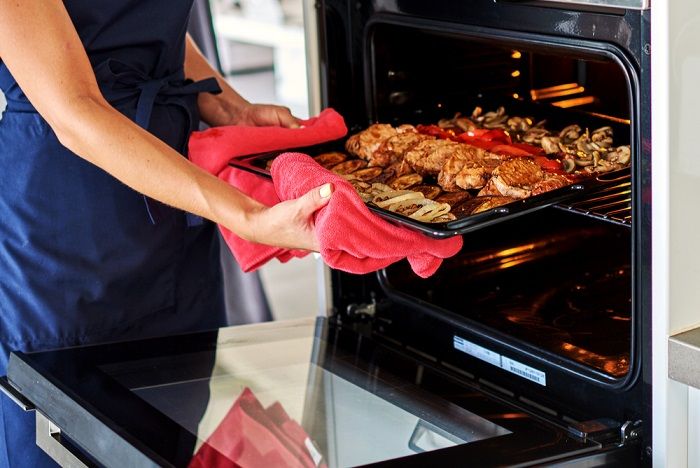 On the other hand, the convection oven is one trust-worthy kitchen appliance. It’s a solid addition to a kitchen ensemble, and here’s why.

If you’re someone who has a big family or only ever cooks when you’re having family and friends over, then you might want to buy a convection oven instead of an air fryer. Convection ovens are bigger and can cook more food at a time.

With air fryers, you have to chop food up to fit it in—but you can pop a whole chicken in a convection oven and come out with a beautiful whole roast.

Cooks multiple dishes at once

Some convection ovens have multiple racks, so you can throw in several dishes to cook at one time. However, you should plan this properly since the temperature and time may affect the quality of the food you put in.

Unlike the air fryer, a convection oven can be used with regular baking sheets and pans that you probably already have or can easily buy. Air fryers require special accessories that are often cannot be used with other appliances and are usually not included with the air fryer itself.

This can make a convection oven more practical and cost-effective in the long run.

Honestly, I think both the air fryer and the convection oven are great—but, they are great for different reasons.

On the other hand, I find the convection oven great for dinner parties since it cooks large amounts of food evenly and can accommodate multiple dishes so I can finish up way before guests start arriving at my door. The accessories are cheap and easy to find, too, and a lot of convection ovens retail for quite an affordable price.

Both are great for people who are trying to eat healthier. It’s a miracle, really, to eat French fries and chicken tenders with zero oil. They are also durable and will be sure to last you several years, so they’re great investments for any type of household.

Our Favorite Air Fryer in the Market 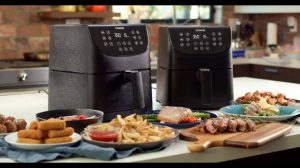